Few countries can boast as much historical depth and complexity as Portugal, nor do many countries succeed as well at preserving their glorious past. In fact, Portugal is a fascinating mix of the ancient and the modern, something that is fully explored in our tour of Lisbon, Porto and the Douro Valley.

Portugal's past was influenced by some of the most remarkable people and events in world history. The Moors invaded in 711, ruling the land for centuries. Their influence is particularly strong in the southern half of the country where their architecture and cuisine continue to fascinate in the modern era. The Visigoths left their mark as well, and so did the Celts. Portugal was formally established in June of 1128 after the Battle of Sao Mamede with Afonso Henriques eventually proclaiming himself King of Portugal. Despite later incursions by the Moors, Portugal remained independent, finally becoming an empire and recognized world power in the 15th and 16th centuries. The influence of this wealthy and powerful nation eventually declined, but this incredible and complex history is well preserved to be explored by modern travelers.

Portugal's rich past is highlighted in unforgettable destinations like the Baixa District in Lisbon and the palaces of Sintra. Porto also awaits discovery. With its gorgeous bridges, cobbled streets and stately churches, it's possible to lose days happily wandering here. Then, there's the breathtaking Douro Valley with its winding river and picture-postcard landscapes. It's no wonder that visitors here can't wait to make a return trip.

Throughout it all, there are countless opportunities to sample remarkable wines, tour vineyards and speak with the people who have devoted their lives to producing some of the finest wines that you're ever likely to taste. A simple picnic becomes a memorable feast when it features rare, local delicacies paired with an unmatched port wine. In fact, wine-making conditions in Portugal are so ideal that it is the home of many varieties, each of which is bound to become a new favorite during your journey here.

The friendly, charming people of Portugal await the opportunity to share their culture, history and wine with you. Fabulous accommodations and ancient sights and scents can all be yours when you venture into Lisbon, Porto and the Douro Valley. If you've ever wanted to see and learn more about Portugal, we have the trip for you. Travel with us through Lisbon, Porto, and the Duoro Valley over eleven days, with plenty of stops at local wineries and vineyards, where you'll be charmed by delicious tasting tours and picnics. You'll also experience walking tours through the old cities of Porto and Coimbra, as well as Lisbon's Baixa District, a day sailing down the gorgeous Duoro River, and several group dinners that will leave you with new friends and new memories. You'll also have the opportunity to explore these history-filled cities on your own, to take in the richness of tastes, sights, and scenes that this country has to offer.

Would you like to learn more about this trip and have us customize an intinerary for your group? We work with groups of all sizes and needs.

Let us work with you to build the dream vacation of a lifetime. 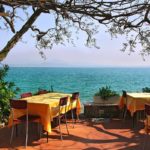 The Best of Burgundy 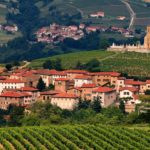 The Best of Burgundy An extraordinary corner of France that is dominated both by history and natural beauty, Burgundy also is home to stunning wines and unforgettable cuisine. Visitors to the region will find that it is an embarrassment of riches, one that they will be reluctant to leave and excited to return to.  ... 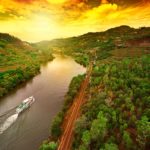 Lisbon, Porto & Douro Valley Few countries can boast as much historical depth and complexity as Portugal, nor do many countries succeed as well at preserving their glorious past. In fact, Portugal is a fascinating mix of the ancient and the modern, something that is fully explored in our tour of Lisbon, Porto and the... 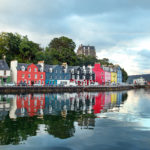 History & Tastes of Scotland From the misty highlands to the twisting, ancient byways of Old Edinburgh, Scotland is a land filled with stories. Though the countryside can be harsh and unforgiving, it also is undeniably beautiful, presenting the sort of vistas that deserve to be captured for a postcard. Only a sojourn of several...

Italy for the Artist 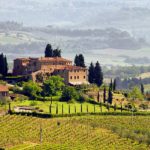 Italy for the Artist If you've been seeking a new source of creative inspiration, why not travel back in time to a corner of Italy that has been known for centuries for producing some of the finest artisans in the world? Our Italy for the Artist tour may be just what you need to light...