What moves us to travel to Scotland? Well for me, it’s the fun Scottish brogue and the beauty of the Highlands. If you’re an “Outlander” fan, it may be the desire to live in the past or search for your 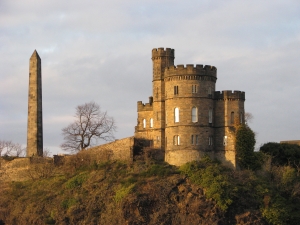 own “Jamie”.  It may be the opportunity to visit castles, working and in ruins, or perhaps to sample some of the whiskey Scotland is famous for. Some are moved by heritage, the game of golf or the sound of bagpipes during the famous Military Tattoo.

As we start thinking about the trip we’re taking to Scotland in October, we’d like to highlight some of the cities and sites that we’ll be visiting.

The two largest cities in Scotland are Glasgow and Edinburgh respectively.

Edinburgh has its castle and the Palace of Holyroodhouse, along with the Royal Mile, Old Town and New Town. You might catch a glimpse of the Queen at the Palace if she’s in town, but you will most certainly be able to experience the city’s history and enjoy the bustle of a contemporary city.

Glasgow has a larger population than Edinburgh and a more industrial flavor. It became an important seaport for Great Britain in the 18th century and grew into a prosperous industrial center in the early 20th century, but today it finds itself as a center for European culture. You can’t miss the different styles of architecture and it boasts some of the most unique museums in the UK. 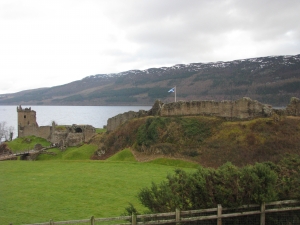 Inverness is considered the capital of the Scottish Highlands. Situated at the mouth of the River Ness, the city serves as the crossroads between the lower part of Scotland and the Highlands. Sit along the river and enjoy a cup of tea or visit the nearby historic battlefields that changed the course of Scotland’s history.

Thurso is a small town and the northern most point of mainland in Great Britain. It’s the stepping stone to visit the northern islands of Scotland, the Orkney Islands and the Shetland Islands. The Orkney Islands are fertile farming islands with Stone Age remains that fascinate the historians in us. But beware the weather, the Atlantic winds and rain make for a changing climate within hours, not days.

To the west of the mainland are the Hebride Islands, broken into the Inner Hebrides and the Outer Hebrides. The most popular is the Isle of Skye, best known for its beauty and Gaelic speaking residents. The majestic peaks of the Cuillin Ridge can be seen for miles on clear days and admired for their raw and jagged beauty.

Another major attraction in Scotland are its numerous lakes or lochs. The most well-known is Loch Ness complete with its legendary monster Nessy, but the largest fresh water lake is Loch Lomond found in the Trossachs National Park northwest of Glasgow.

The geography Scotland is varied and one of its greatest attractions. The cities are a mix of history and contemporary culture and the outlying areas are quiet, but not far removed from the whole. Steeped in tradition but keeping pace with today’s culture, you will experience this blend of past and present wherever you venture in Scotland.

Next week we’ll be talking about different cultural characteristics of Scotland and some of the festivals and events you might consider enjoying.