What do you think of when you picture Germany? I can smell schnitzel and wursts, I hear an “oompah” band and I see men in lederhosen serving large mugs of beer from a tray in a biergarten. There is so much more to Germany, though, to their history and culture.

Are you an ancient society buff? There is evidence of ancient humanity from 600,000 years ago and Neanderthal man was found in Germany. Perhaps you’re interested in war history? No shortage of wars in this country, that’s for certain. Are you looking for a modern, eco-conscious culture? Look no further than Berlin for a great modern city with lots of history! The cities and sites of Germany may surprise you.

Berlin is the largest city in Germany and after the reunification of East and West Germany in 1990, East Berlin was rebuilt by many of the most famous architects of the time. This makes it an architectural wonder, as East and West blended old with new, history with modern progress. 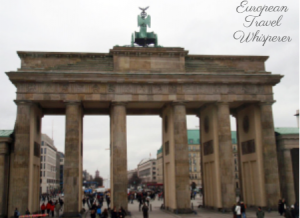 Today you can visit the Brandenburg Gate, originally built in the late 1700’s and used as a symbolic and physical barrier between East and West Berlin during and after World War II. You can wander around Museum Island, at the northern end of Spree Island, where 5 popular and important museums are right next to each other. The Pergamon Museum is the most visited, but the Altes Museum, originally built in 1830 housed the royal Prussian art treasures and was the first of its kind. On the other side of the city is the Memorial Church. Originally built in the late 1800’s as a tribute to Kaiser Wilhelm, after its partial destruction in WWII, it was slated to be torn down and rebuilt. The people of Berlin protested, wanting a new church to be built incorporating the ruins in memory of the horrors of war and the resilience of the people of Berlin.

Munich is one of the most popular cities in Germany for tourism. Third largest in the country, it is the capital of the state of Bavaria, known for its beautiful mountains and beer making prowess. Munich is a prosperous financial and business city, but also hosts many important museums and universities. A visit to the Marienplatz, the oldest public square in Munich established in 1158, today will provide the opportunity for shopping and dining. A visit to the English Garden gives you over 48 miles of walking, jogging or bike trails and is one of the largest urban parks in the world. Dachau concentration camp, just ten miles north of Munich, is now a popular memorial site for visitors remembering those imprisoned during WWII. Although this camp was not a death camp, it is estimated that nearly 50,000 prisoners didn’t survive due to poor living conditions and ill treatment. Oktoberfest is not to be missed in Munich!

Cologne is the fourth largest city in Germany and boasts the famous Cologne Cathedral. Although the first cornerstone was laid in 1248, the cathedral was not completed until 1880 after public 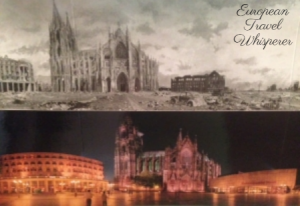 interest was reawakened to see the building finished. Although heavily damaged in WWII, the cathedral stands much as it did before the bombing. The largest pedestrian shopping street in Cologne, the Schildergasse, is the busiest in Europe and dates back to the Roman period when it was home to artists painting crests on shields. Of course Cologne is also the birthplace of “Eau de Cologne”, founded in 1709 by an Italian perfume maker and now the generic term for scents containing 2-5% concentration of oil from citrus, herbs or flowers for their scents.

Germany is also home to many castles, including the most famous Neuschwanstein in Bavaria. This castle, built as a retreat for “crazy” King Ludwig II is opulent and set on a hill overlooking the Bavarian mountains and town below. It is also the castle that Walt Disney used as his model for Cinderella’s castle, as it’s quite magical.

The Black Forest region is another big draw for tourism in Germany. The beauty of this region and the relaxed farming lifestyle, along with the beautiful handcrafted wooden items makes a visit here memorable. It is bordered by the Rhine River which has become a very popular river cruise vacation destination. The Rhine gorge area is lined with vineyards and castles on each side and is a beautiful experience.

No matter what drives you to visit Germany, the country is ripe with opportunity for exploration, adventure, culture and history.