I think France and New York State have a lot in common. What do I mean? When people hear that I live in New York, they immediately think that I live in New York City. When people think of France, they immediately envision the Eiffel Tower and Paris. But New York is MORE than just Manhattan and France is MORE than just Paris, as amazing as those cities are. So let’s look at France as a whole country and some of the other wonderful cities and sites to visit.

Don’t get me wrong, Paris is my favorite European city. Anyone that knows me is aware of my passion and knows that I’m a self-admitted Francophile. I enjoy helping clients plan trips to Paris simply because of the joy it brings me to think of wandering the streets, nibbling on a pain au chocolat (chocolate croissant) and watching the fashionable Parisians going about their business. I have spent full days doing just that. Paris is old and historic and romantic and artistic, it’s truly magical. There is so much to do and see that I could write several blogs just about Paris. 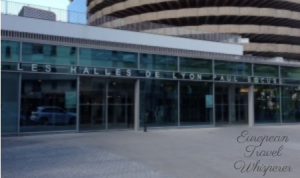 But let’s move out of the capital and talk about Lyon. If you’re a “foodie”, this is where you want to spend some serious time. Lyon has much of what Paris has, history and an old city, beauty and art, but it’s more relaxed and definitely revolves more around food and has a high student population with multiple Universities. There is an indoor food market, Les Halles de Lyon Paul Bocuse, where you can find the finest ingredients for any gourmet meal. Meats, poultry, fish, cheeses, vegetables and fruits, sweets and wines and all in one place beautifully presented. Or if you prefer, wander through the old town and find the hidden passageways called “traboules”. Art is also prevalent in Lyon, with many museums and music events including the famous Opera and concerts held in the old Roman amphitheatre.

Perhaps you’re looking for something a bit off the beaten path? The French Riviera was that area once upon a time, but Nice, Cannes & St. Tropez are not that 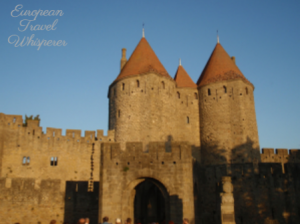 anymore. Montpellier, toward the western side of the Mediterranean coast is a bit less popular among foreign visitors and the area known as Languedoc-Roussillon is absolutely wonderful to get lost in. This area is host to many Roman ruins, such as a full amphitheatre in Nimes and about a quarter of the wine-producing vines in France. Carcassonne happens to be one of my favorite cities as it is a re-built medieval walled city.  Built on a hill, as many medieval cities were for protection, this city offers beautiful views, small streets and some wonderful restaurants. If you want to try authentic cassoulet, a hearty stew with beans, sausage and duck or chicken, this is the town to get it in!

The different wine regions of France also hold days of enjoyment. Learn about the true Champagne process or marvel at the beauty of the Beaujolais hills. There is the Burgundy region, the Loire Valley and of course, luscious Bordeaux. This country is the ultimate wine lovers’ paradise and you can spend a whole vacation learning about wine making and all of its intricacies. 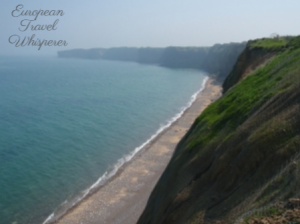 If history draws you more, perhaps the Normandy region with its famous D-Day beaches would be your preference. Or Mont St Michel, the island with the distinction of being one of the most unique and beautiful sites in France. There is no lack of history in all of France and the changing of its borders over the centuries marks the influence of other cultures and flavors in its different regions.